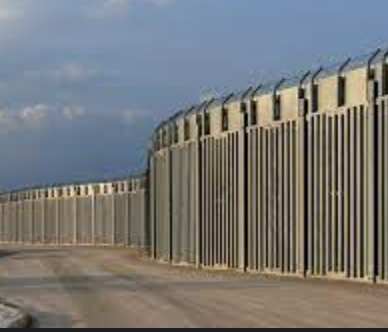 Immigration is an environmental and jobs issue. It’s time for people of all beliefs to acknowledge realities. Each million people entering the country requires the destruction of many thousands of acres of farmland, nature and forests, replaced by concrete, new construction, further congested roads clogged by cars, and more greenhouse gases. Of course we feel compassion for people suffering in other countries, but we must face questions of fairness: how should a U.S. citizen feel if a job he/she needs was taken by someone living here illegally? Indeed, from environment to fairness, everyone must see the big picture.

We sympathize with those who suffer in poor countries, but immigration sympathizers give no thought to harm on health (unvaccinated immigrants), jobs lost to Americans, or the thousands of acres of farms and nature eliminated to build housing and roads. People are released pending trial. Court dates occur years later and by then, people won't leave. They must be detained at the border, housed with dignity, and given hearings at the border. Enter ethically with work visas for industries with labor needs. Enforce laws requiring employers to hire documented people. Many enter through airports. Stop focusing solely on the Mexican border.

Court System. Our immigration court system is underfunded. Courts have a backlog of over 400,000 cases. Chances are most of them will never leave. We must hire hundreds of attorneys and judges so that people get a hearing and decision quickly while at the border. We cannot expect people to be brought to court 5-10 years later. When people live here for many years, build a life and raise children, it indicates that immigration courts are failing. Properly fund the court system! Quickly conduct immigration hearings at borders and airports.

Labor Laws. If you went to Paris on a three month visa but stayed, working illegally for two years, you’d expect French police to come and say your visa expired, go home. Ethics matter! Labor laws must be enforced but allow employers to fill labor needs through work visas.  Allowing people to work without documentation mocks labor laws. U.S. citizens in need of work must get priority. Labor laws must be enforced. Employer violators must be fined or prosecuted in accordance with federal statutes.

Airports, Chain Migration, Covid. Many enter our country without proper covid vaccination or health protocols.  This endangers us all.  Chain immigration (immigrants bringing cousins, aunts, uncles, etc.) must be banned excepting proper asylum applications demonstrating justification.  Our southern border must be properly protected and the "elephant in the room" - people entering through airports and remaining in the U.S. after their visas expire - must be addressed.  ICE must be permitted to locate and deport those whose visas expired.  Laws must be enforced, else laws become a mockery.

Economic Gain vs. Refugees. Distinguish economic gain from asylum. Some refugees escape violence in their home countries. Some have plausible claims for asylum. Illegals seeking economic gain do not deserve asylum. Help those with genuine claims - like war allies from Afghanistan.

Image, Entry & Infastructure. People come here illegally with delusions that our country is rich or easy to succeed in. Foreigners, through TV and media, must understand how difficult it is here and think twice about coming. Let us focus on infrastructure and schools, for if people come here (legally or not), what opportunity is there for them? The more people come, the more strain on building new roads, housing, and tearing up yet more natural lands. Let’s not be naïve. What kind of work or life is there for them? And once at the border, they should not be released in our country, for the court system will not find them again. They should be detained, treated well, quickly tried fairly in immigration court, or encouraged to return to their countries of origin - not be released to American states.

Foreign Policy. The state department and U.S. foreign policy must also play a role. The border crisis is brought on by people leaving Central America, especially Nicaragua and El Salvador - countries dominated by violent drug cartels.  This is the foundational cause of people leaving for America - fear of corrupt police, rape and death threats. Foreign policy must address poisonous narco-states. Intervening in other governments is distasteful but the problem is at our doorstep, for such countries bring misery to their citizens, so desperate that they make dangerous treks to our borders. U.S. foreign policy and intervention indeed are part of the solution.